Villains make or break a story. Without Voldemort, no one would know Harry Potter. If the White Witch hadn’t ruled Narnia, Aslan and the Pevensies would have had a cute but shallow adventure.

A protagonist is only as compelling as the villain who threatens him. The tougher the villain, the sweeter the victory. You need to equip your story’s villain with the proper weapons to challenge and strengthen the protagonist. These tools can be found in four areas.

In many superhero movies, the villains lack clear motivations for their goals. Often they’re on a mission to take over the world. But how realistic is that? Most people don’t wake up in the morning and decide to achieve world domination. They need an incentive, which can add depth and meaning to a bland external goal.

Goal and motivation are not identical, but they do go hand in hand. Omit one and your story will flop. Motivation is mostly internal. It’s the reason behind your character’s actions, needs, and desires. Whereas a goal is the solid, external objective he’s pursuing.

Think of famous villains in history. At face value, Hitler and Stalin craved supremacy. But inwardly they were driven by political agendas that they wanted to enact globally. This propelled their goals forward and led to wars, dictatorship, and millions of deaths.

Real motivations will bring your villain to life and make him memorable, as well as encourage readers to root for the hero. Imagine the condition of the world if either the Nazis or the Communists had succeeded. Because of the horrors they attempted to impose, we can fully appreciate their defeat.

Though this may sound odd, readers need to be able to relate to your villain. A sympathetic villain is more intimidating than a distant being who has nothing in common with the rest of us. Whether he’s greedy, hungry for power, or vengeful, his twisted brain needs to make sense to some degree. People aren’t evil just for fun. Even if their rationale is wrong, it should at least be partially understandable.

In the Divergent series, the authorities separated people into factions based on certain characteristics. Most of us have experienced fear or discomfort when we felt out of place within a group because the people around us were “different,” so we can relate to this mindset. But that doesn’t negate the system’s flaws or the authorities’ eventual abuse of power. It does, however, lend much-needed humanity to the opposition.

Relatability and humanity draws followers. All criminal masterminds need an army of minions. If your villain’s standpoint is unconvincing, no one will have reason to follow his lead, and he’ll fall flat.

Should all villains be relatable? In my opinion, yes, to an extent. Readers don’t need to empathize with every villain on a personal level, but they must at least be familiar with the villain’s logic. Returning to Hitler, I disagree with his belief that certain nationalities are less desirable. However, I realize that many people share this worldview, and that’s enough to establish realism. If Hitler had been the only person in the world to hold that belief, no one would have supported his cause.

A villain who is too relatable poses a danger, however. As Christian writers, we need to be careful not to blur the line between good and evil. The movie Law Abiding Citizen runs into this problem. The main character, Clyde Shelton, commits heinous acts of murder and violence. Yet I found myself cheering for him instead of the police, which troubled me. I could relate to him because I too would want justice for my family if they were murdered. But the movie went too far and tempted me to overlook his sins. Your villain should underscore, not undermine, your audience’s morals. Don’t accidentally let your villain jump into the role of antihero. Evil actions need to be painted as such.

How did your character become the villain? That is crucial information for deepening him. Villains aren’t born. They’re made. Small choices snowball and build to the climax. Even if all the backstory won’t appear in the finished product, you need to map out the path your villain took.

My son got The Lion King 2 for Christmas, so I’ll use that story’s villain as an example. Zira is determined to destroy Simba, and Disney slowly drops tidbits to reveal why she hates him. She viewed Scar as the rightful king, had some possible romantic feelings for him, and blames Simba for his death. Those background details explain her exile and why she’s setting a plot in motion to take over the Pride Lands. It rounds out her character, and when she eventually meets her demise, we feel sorry for her because we understand what pushed her there.

Heroes are generally likable people trying to behave honorably. If someone is against the hero and everything he stands for, readers want to know why. What happened during the villain’s childhood to shape his worldview? How did he develop his sense of right and wrong? Where did he learn his fighting skills? Is he hostile to the hero personally, or just his goal? Backstory can answer all those questions.

All villains need backstory. Without it, they’re like jumbled boxes of puzzle pieces. Readers can’t see the full picture, and nothing jibes. But snap those pieces together, give the villain a history, and suddenly readers can accurately interpret the events being portrayed.

If the hero doesn’t struggle to overcome the villain, victory will be empty. A villain should be more than an annoyance or inconvenience. He needs to repeatedly clash with your protagonist.

One of the reasons I don’t watch many superhero movies is because I can almost guarantee that the hero will defeat the villain. He’ll probably smash a few buildings, set off a couple explosions, and engage in an epic fistfight in midair, but that’s it. The stories that grab me are the ones where I’m in suspense. I know the hero should conquer the villain in the end, but I can’t guess how.

Assign your villain the exclusive role of thwarting the hero. Give him a special talent that the common, irritating character doesn’t have. If anyone else in the story could cause the same amount of friction, then your villain is too weak. If you reversed your book’s point of view and told the story from the villain’s perspective, how interesting would it be? Keep your villain active. He needs to be constantly harassing the good guy, not sitting back and laughing evilly.

Your villain shouldn’t be easy to overpower. He should be one step ahead. Stronger, faster, smarter. Whatever the hero wants, the villain wants it more. Force your hero to work toward triumph, and during the showdown, don’t have your villain make a foolish, uncharacteristic mistake. Deliver on your promise to readers. Your hero should win because he rose to the challenge, not because your villain conveniently slipped up and left himself vulnerable.

Villains Are Characters Too

You may have heard advice that says, “Write your villain first.” While I don’t think you necessarily have to craft a villain before anything else, that statement contains a lot of wisdom.

We tend to create our main characters, then haphazardly slap together a villain who never reaches full development. But a villain deserves as much forethought as a hero. A hero, no matter how dynamic, will seem weak if the villain he’s battling hasn’t been fleshed out.

Think of a villain as a main character too. He’s just a bad one. Spend time honing him into a worthy opponent for your hero, and readers will be shivering in fear for ages to come.

Maddie Morrow grew up with her mom reading to her and her dad telling stories about cowboys hunting Bigfoot. The combination sparked her love of writing early, and she’s been lost in her notebooks ever since. Aside from writing, she enjoys loud music, good horses, and hardcover books. She lives on a farm in Nebraska with her husband and children. Her Gaslamp novella, Red as Blood, won the 2018 Snow White retelling contest hosted by Rooglewood Press, and it released in December 2018 with the Five Poisoned Apples collection. 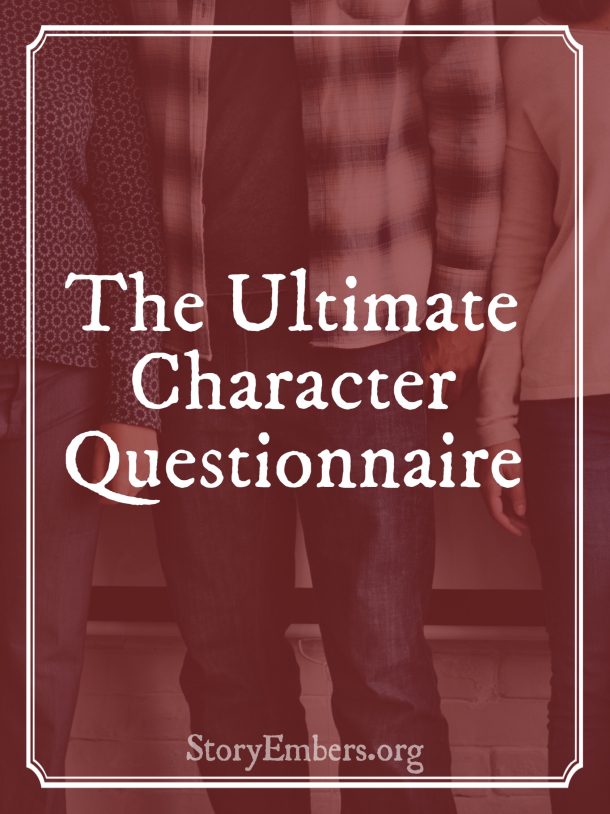