Can Books Be Objectively Bad? Or Are Ratings Based Only on Personal Taste? 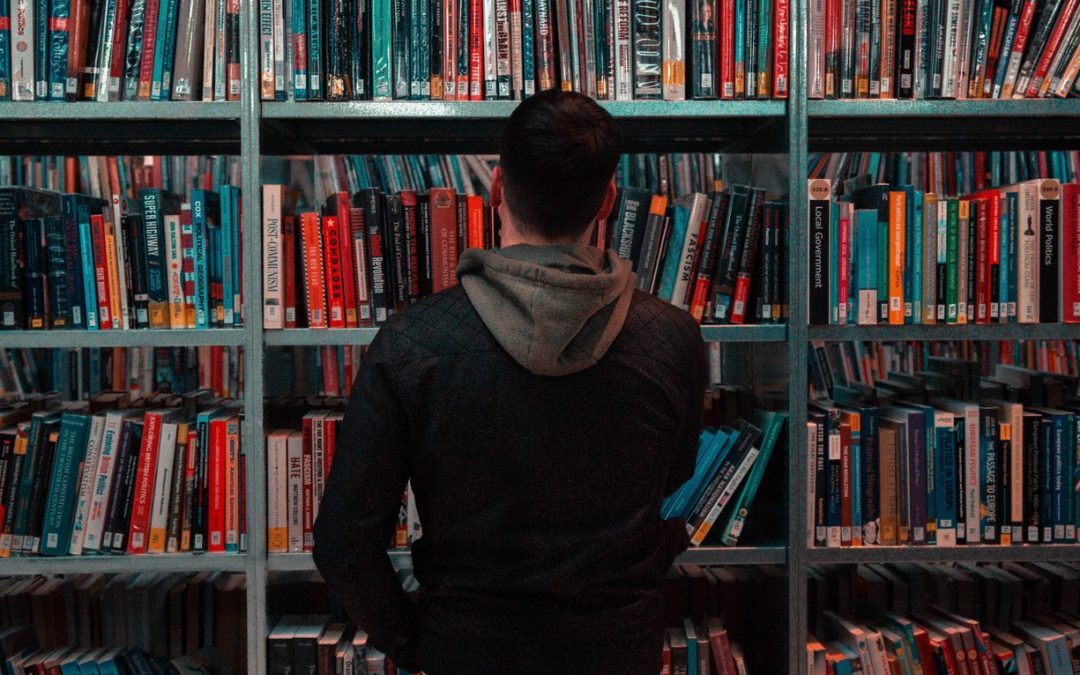 “Bad books are a myth because the only measuring stick is people’s whims.”

I ended my first article in this mini series with that provocative and troubling conclusion. But hopefully you followed my reasoning. Since even literary-minded readers occasionally enjoy “bad” books, how can we make any objective assessments?

Though this statement attempts to solve problems, it instead creates more. Don’t most writers acknowledge that their first novels were trash? Don’t publishers and literary agents reject horrendous manuscripts on a daily basis? And aren’t some books so immoral and grotesque that they should be denounced?

Some books can be objectively better or worse than others. But simplistic answers won’t explain why or how. We need a rigorous model to accurately evaluate others’ books—and our own. If we rebuild our understanding of masterful storytelling, we’ll see where our skills need improvement. That’s the task I’m undertaking today.

Three Scales for Judging a Book

Even if we consider a variety of factors, from prose to characters to plot, books are too complex to weigh by one scale. Otherwise we arrive at the difficult verdict that no book is truly bad, which we wrestled with as a staff during our aforementioned summer retreat. The breakthrough happened when we realized we needed to use multiple scales to determine a book’s quality—and the first one came easy.

We can judge a story by the virtue or viciousness of the lessons it contains. Fifty Shades of Gray (which celebrates pornography) and Birth of a Nation (which glamorizes the Ku Klux Klan) are two clear examples.

While potentially controversial to say, I’d insist that this is an objective scale. Readers won’t always concur on whether a book passes the test, however. As flawed human beings, our discernment can be mistaken, yet God’s standards are unshakable. Pronouncing that a book as a whole is moral or immoral may seem simplistic, but we can argue about its parts with this rubric.

However, we shouldn’t stop here. Bookstores overflow with lousy books that promote wholesome messages. As mentioned earlier, every reader experiences a book differently, so we need to address that part of the equation as well.

A reader’s impression of a book is often influenced by how much it captures her emotions and interest. This is a fair scale to judge a book by. However, I must emphasize that it’s subjective. The fact that a book bored or delighted you may reveal more about you than the content.

If this scale has any “objective” elements, they would involve how effectively a book entertains or connects with the audience. Someone in the world might enjoy your first manuscript (I’m sure you did when you wrote it!) even if most people wouldn’t. Thus, you can’t surmise that your book is objectively bland, but you can surmise that it’s ineffective at engaging readers. You can fix the latter—just remember that a book will never be objectively enjoyable because readers’ imaginations vary.

What makes a book enjoyable? In my last article, I suggested that it stemmed from connection, but to be more precise, two separate factors contribute to a book’s appeal: entertainment (how intriguing the plot and setting is) and empathy (how relatable the characters and themes are). Individual readers look for different experiences from books, but most either want a unique, thrilling ride, or a deep bond with the story (and sometimes both).

At this point, we could propose that an objective moral scale and a subjective enjoyment scale is all you need. However, at Story Embers we strive to reach higher. Christian art should amount to more than a diversion with a message tacked onto it. Otherwise a slew of insular, preachy books and films will forever dominate Christian markets. Without one final scale, an analysis of a book is incomplete.

Some people will claim that judging books by an “objective” artistic scale is elitist or narrow-minded. This scale can definitely be misused (especially when critics treat entertainment as worthless). But that shouldn’t cause us to reject it.

All of us are able to sense when one book surpasses another, and the feeling can’t be attributed only to the message or our personal preferences. Homer’s Odyssey is undeniably better than Twilight, as is The Great Gatsby compared to Hunger Games. Even Sanderson’s Mistborn (as much as I love it) pales next to The Count of Monte Cristo. But what sets these works apart? How can we define art?

As Christians, we have a clear, objective answer: art is what God finds beautiful. And since He is the source of all beauty, art either reflects the splendor of His nature or His creation.

Characters who resemble real human beings, plots that mirror the secret but powerful workings of God’s providence, themes that display the magnificence of God’s character, and prose that’s as intricate and intentional in design as God’s creation are all objectively beautiful because they point to our Heavenly Father! We live in a fallen world, so sometimes we’ll disagree on what truly exemplifies God’s beauty. But disputes don’t belie the artistry and beauty that exist independently of our personal enjoyment of a story.

Why Does This Matter?

Perhaps you’re tentatively convinced that this threefold distinction is sound but wonder about its relevance. How can it impact your writing?

For starters, it will help you become an astute judge of the stories you read and watch. Skilled writers begin as readers who can discern the value of the material they consume. More importantly, however, it fills a deficiency in the publishing industry: many secular writers focus on being entertaining while many Christian writers focus on being moral, but few champion or teach how to craft artistic stories.

Here at Story Embers, we believe our ideals should be loftier.

We shouldn’t write merely for pleasure, to entertain readers, or to broadcast Christian messages. First and foremost, we ought to write to glorify God—and beauty is consequential in His eyes. In the Old Testament, He provided detailed instructions for constructing the Tabernacle as a place of glory and beauty. As my college professor Gene Edward Veith explains in State of the Arts, “the inventor of colors, of forms, of textures, the author of all natural beauty, clearly values the aesthetic dimension for its own sake” (p. 107).

We have the opportunity as storytellers to sub-create images of beauty like our Father did. And He wants us to do so. In Tolkien’s poignant short story, “Leaf by Niggle,” Niggle sees his forgotten art renewed and made real in heaven. Beauty is innately good, and it has the power to shape us. In the words of Dostoevsky, “beauty will save the world.”

We’ve established a model that rescues us from a postmodern “all books are relative” conclusion, but now we need to get practical. What lessons can you implement in your own writing?

The importance of honoring God probably goes without saying, so I’ll avoid preaching to the choir. But maybe you’re hesitant to include a message in your story because Christian fiction often fails to be subtle. That doesn’t mean you should write shallow stories. The world needs books that make people think.

The hard truth is that the world doesn’t need the next Jane Austen or Fyodor Dostoevsky or F. Scott Fitzgerald. Acquisitions editors would reject all of their manuscripts today (as one man’s experiment proves). You can moan about the modern publishing industry all you want, but those authors aren’t naturally entertaining to most contemporary readers. They penned stunningly artistic literature—which won’t sell if it isn’t likewise entertaining.

Remember, entertainment is subjective. If your mom and your circle of close friends love your book, that doesn’t guarantee others will. Your book can be ineffectively entertaining. Enlisting numerous beta readers and editors is crucial, along with learning how to connect with readers and studying your craft.

Look for ways to depict the world authentically and beautifully. Will this boost your book sales? Maybe, maybe not. People do appreciate beauty; it’s also not instantly marketable. But that’s the wrong question to be asking. The purpose of art is to possess beauty and glorify God with it.

How do you accomplish this? Our Christian Storytellers Manifesto describes the characteristics that artistic stories display. While a few resolutions refer more to entertainment than art, most are focused on art. Tricky Subjects for Christian Storytellers unpacks the resolution on portraying the full human experience, and next month we’ll be releasing a series on the resolution about understanding readers’ thought processes and emotions.

Nothing can replace the value of reading classic literature and meditating on its strengths. But one of our core distinctions as a site is to equip you to write moral, entertaining, and artistic stories, because those three qualities combined create a masterpiece.

We began this week wondering whether we can label any book as objectively bad. My conclusion? That question is too vague and simplistic to be meaningful. Instead, while reading, we ought to ask…

Furthermore, as storytellers, we need to examine our own writing through all three lenses rather than settling for one or two.

On our podcast this Saturday, I’ll conclude this series by discussing these three scales with Hope Ann and Brandon Miller and field some pushback. For now, consider what areas you need to grow in as you pursue excellent storytelling.

Should you think more carefully about the morals your story conveys? Should you do an in-depth study of how to engage readers more effectively? Should you spend time crafting your book’s artistry apart from its moral and entertainment components?

Storytelling is an immense and challenging calling. But it involves exceeding the minimum and trying to hit all three marks.

Which one will you aim for today? 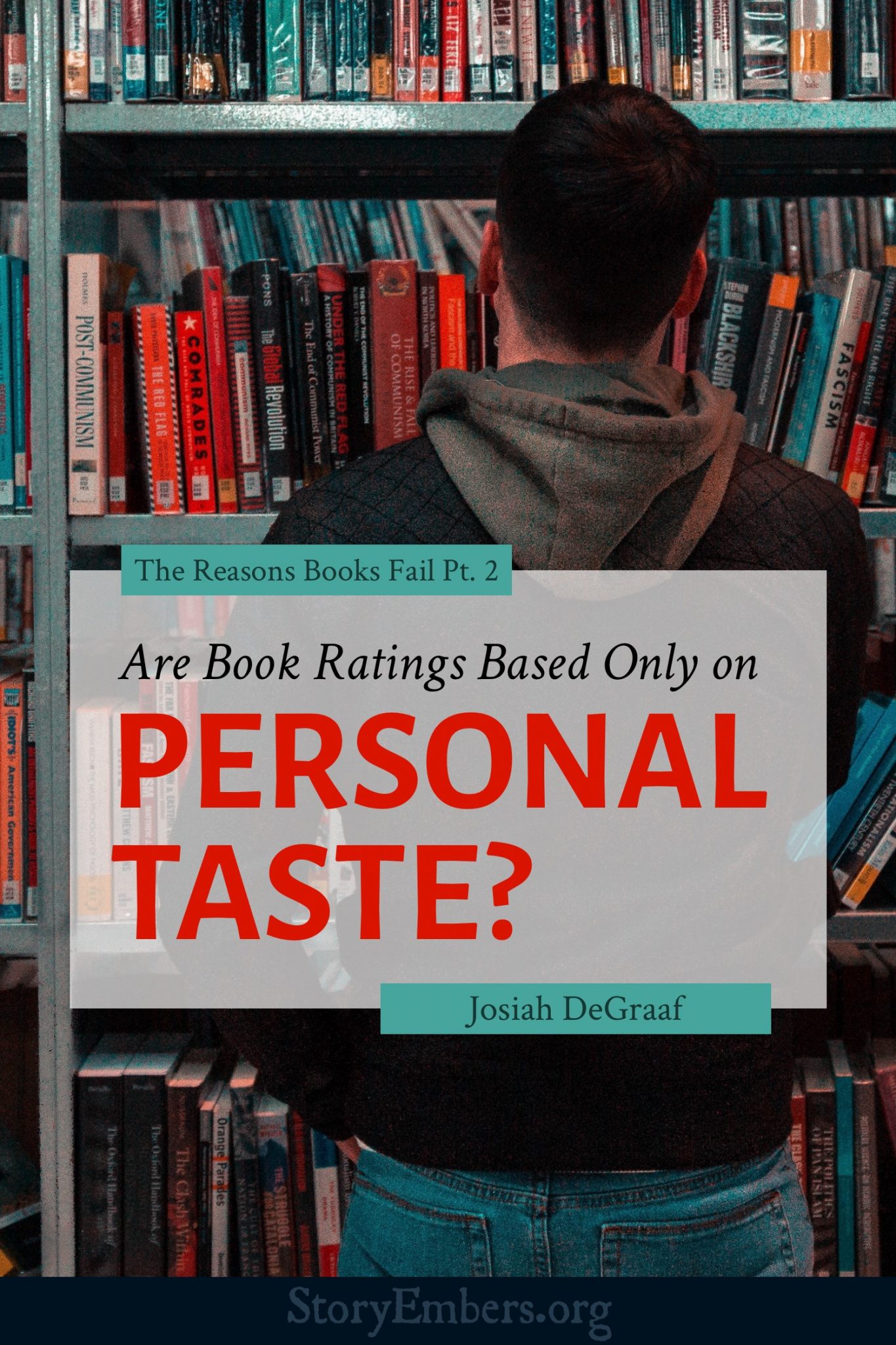 Josiah DeGraaf is the editor-in-chief of Story Embers and the fiction content manager of The Young Writer. He writes because he’s fascinated by human motivations and loves to take normal people, put them in crazy situations (did he mention he writes fantasy?), and then force them to make difficult choices. Someday Josiah hopes to write fantasy novels with worlds as imaginative as Brandon Sanderson’s, characters as complex as Orson Scott Card’s, character arcs as dynamic as Jane Austen’s, and themes as deep as Fyodor Dostoyevsky’s. In the meantime, you can find him teaching writers at Ink Slinger Academy or writing short stories at his website as he works toward achieving these goals. 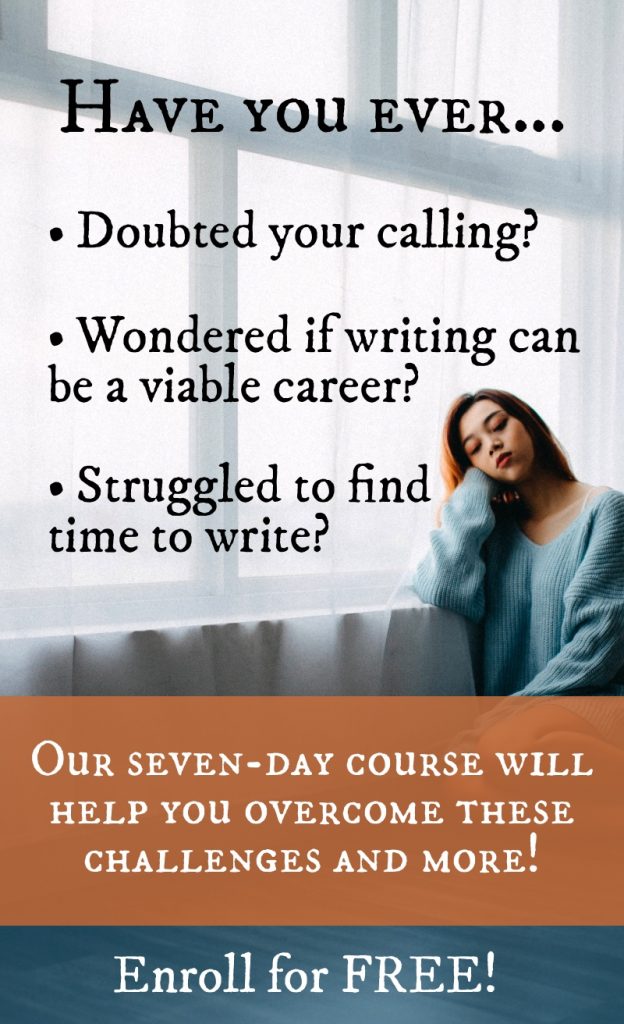 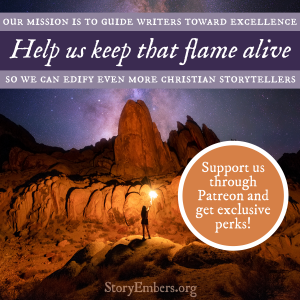 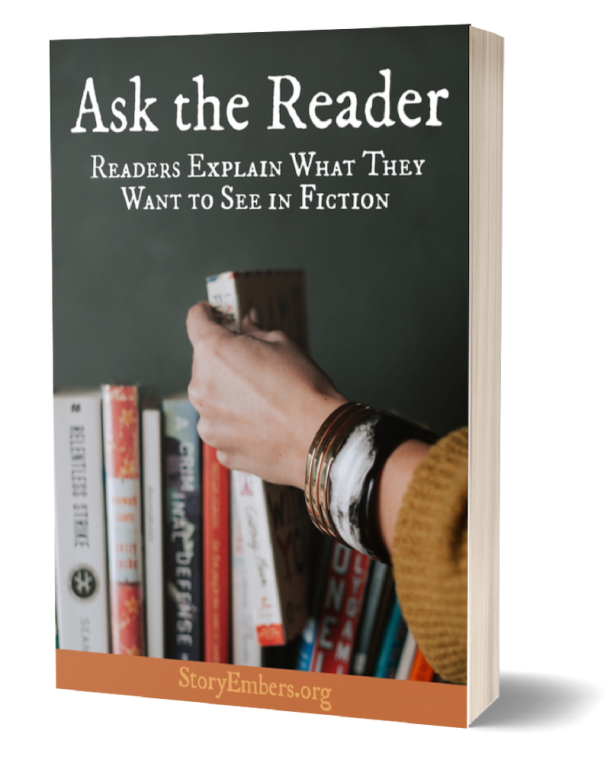 We asked 300+ readers what elements rivet them to a story and which turn them off.

Enter your email to get the scoop!